Warning: "continue" targeting switch is equivalent to "break". Did you mean to use "continue 2"? in /homepages/20/d390604847/htdocs/clickandbuilds/HaudenosauneeDC/wp-includes/pomo/plural-forms.php on line 210
 League of Nations – Haudenosaunee DC
Skip to content

The Tuscarora nation joined the league after leaving their traditional territory in North Carolina and Virginia to become the sixth nation.  When they did, they were considered “The Baby Brother” and any issues that the Tuscarora members have had were submitted through the Cayugas. Other nations have been welcomed into the confederacy including the Delaware nation, the Wyendot  nation and the Tutela  nation and they also have to bring our issues forward through the Cayuga nation as well.

The Confederacy symbol, the long house, was provided by the Peacemaker and is recognized in traditional geographic locations. In the early time it signified a way of living together as families of the same house. Today it signifies a people supporting the traditional cultural ways and values. 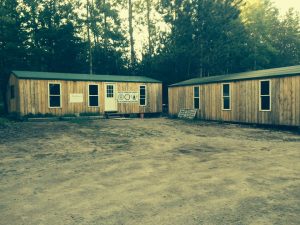 During the American Revolution the nations were split with some fighting alongside the British and others joining the Americans. After the defeat of the British many moved to Upper Canada where they were provided by the British Crown with a large area of land known as the Grand River Tract to replace the land they lost.

While much of the land had been lost to land sales, leases and squatters, what was left was given the name of Six Nations Indian Reserve Number 40 in 1842. It exists as that today with all the nations accounted for on the land. The Haudenosaunee system of government still exists today but a federally-recognized Band Council has also been enacted by the Canadian federal government.

The Mohawk peoples are traditionally called Kanien’kehake meaning People of the Flint. They were given the name Mohawk by the English derived from the Algonquian word Mohowauuck which translated means man-eater. The Mohawk hold the position of Elder Brother within the Grand Council. Like most nations the Mohawk hunted, were excellent trappers and farmers too. They were also well known for their fierce attacks on warring nations. The Mohawk are made up of three clans, the turtle, the bear and the wolf.
At the time of confederation the five nations, the Mohawk, Cayuga, Seneca, Onondaga and Oneida all held territory stretching from east to west in New York State. A common misconception is that the Mohawk who were at the far east of this territory were known as the Keepers of the Eastern Door within the confederacy. This name was never formally applied but was used and became common in European interpretations of the behaviors and actions of the Haudenosaunee Confederacy.

Upon European contact the Mohawk made many great allies among the English. Young Joseph Brant was very close to Sir William Johnson, an English trader who later adopted him when Johnson married Brant’s sister. Because of these and other such allies the Mohawk sided with the English and helped them conquer the colonial French during their fight to control North America in the 17th and 18th centuries.

The French attempted to persuade the Haudenosaunee to move up to Canada near Montreal by sending Jesuit Missionaries to preach among the nations. Some Mohawk traveled to Canada at the persuasion of the missionaries and settled in what is now Kahnawa:ke Reserve in Quebec.

During the American Revolution the Confederacy was divided with most of the Mohawk siding with the British. Prior to the revolution many Mohawk people sold or leased their lands and eventually decided to leave their traditional territory. Led by Joseph Blunt, later changed to Brant, many Six Nations members moved to Canada where a large area of land known as the Grand River Tract, an area where they already had hunting and fishing rights, was secured for them by the British Crown.

The Oneida name is from the word Onyota’ake meaning People of the Standing Stone, are another nation belonging to the Haudenosaunee Confederacy. Some believe the Oneida name refers to the large rock that each village had where they would gather to conduct ceremonial activities. Others believe the name is based on the legend that wherever the Oneida people moved, a stone would appear and give directions.

Like the Mohawk, the Oneida are divided into the bear, turtle and wolf clans. Originally settled in the area later called central New York, they were nestled around Oneida Lake and Oneida County. The Oneida sided with the United States in the American Revolution and aided George Washington at Valley Forge in 1777. Sadly they lost their territory to post war raids and retaliations.
The Treaty of Canandaigua provided the Oneida as well as other Haudenosaunee  nations with six million acres of land primarily in New York.

Later treaties and actions by New York State cut down the territory to 32 acres. Finally in the 1830s many of the Oneida relocated into Canada and Wisconsin. In Canada, unlike other nations who have held onto the land provided to them by the British Crown, the Oneida have bought their land along the Thames River near London, Ontario.

The Oneida now mainly reside in four areas: The Oneida of Wisconsin which are scattered throughout Wisconsin, Oneida of the Thames, Oneida of New York and the Six Nations of the Grand River Territory reservation.

Known as the People of the Hills or sometimes as being on top of, the hill or mountain’, the Onöñda’gega’ or Onondaga as they are commonly known, were the last to join the Haudenosaunee Confederacy. During confederation Aiionwatha, commonly known as Hiawatha, and the Peacemaker healed the Onondaga Chief Tododaharo in order to convince him to join the confederacy. To ensure unity the Peacemaker also appointed the Onondaga to the position of Keepers of the Central Fire and Keepers of the Wampum.

Within Grand Council the Onondaga hold the position of Elder Brothers along with the Mohawks and Senecas. The Onondaga nation is composed of seven clans including: beaver, turtle, wolf, deer, bear, hawk, and eel. The snipe and ball deer clans are included for special ceremonies only.

The Onondaga were originally settled in present day New York. Located close to the Finger Lakes, they fished and gathered food in the area. During the American Revolution the Onondaga tried to hold a neutral position but later allied with the British. Following the war many followed Joseph Brant to settle in what is now the Six Nations of the Grand River Territory. Today the Onondaga also thrive on a territory of approximately 7300 acres located just south of Syracuse, New York.

The Cayuga nation are known as the People of the Great Swamps, named for their traditional territory among the Finger Lakes in New York. They were also often referred to as the Pipe People relating to their use of clay found in the area to fashion pipes. The Cayuga play an important part in the Haudenosaunee Confederacy as one of the Younger Brothers within Grand Council.

Traditionally situated between the Onondaga and Seneca  along the Cayuga Lake, the Cayuga lost most of their land following the American Revolution. Today there are three Cayuga nations including Lower Cayuga and Upper Cayuga, who both reside in Ontario at the Six Nations of the Grand River reservation, and the Seneca-Cayuga of Oklahoma. A small population of Cayuga still live in New York State, though they have no official land base.
The Cayuga have five clans including turtle, bear, wolf, heron, and snipe.

Living along the foothills of Allegany Pennsylvania, the Seneca were known as the People of the Hill, or Onondowahgah in their language. They are an important part of the Haudenosaunee Confederacy as the Elder Brothers alongside the Mohawk and the Onondaga in Grand Council.

Traditionally located in New York State between the Genesee River and Canandaigua, the Seneca still occupy areas in Western New York mainly on the Cattaraugus, Allegany and Tonawanda reservations.

There are also a number of Seneca people on the Seneca-Cayuga Reservation in Oklahoma and on the Six Nations of the Grand River Territory in Ontario. The Seneca are also the only nation to own a U.S. city. The Seneca own the city of Salamanca located on the Allegany Indian reservation.

One of the most famous and influential Seneca figures was the Chief Handsome Lake. It was his visions which renewed the practice of traditional Haudenosaunee religion, known as long house religion, among those who’d lost their way. The Seneca have within them eight clans including: turtle, bear, wolf, beaver, snipe, heron, deer and hawk.