Warning: "continue" targeting switch is equivalent to "break". Did you mean to use "continue 2"? in /homepages/20/d390604847/htdocs/clickandbuilds/HaudenosauneeDC/wp-includes/pomo/plural-forms.php on line 210
 Canandaigua Treaty – Haudenosaunee DC
Skip to content 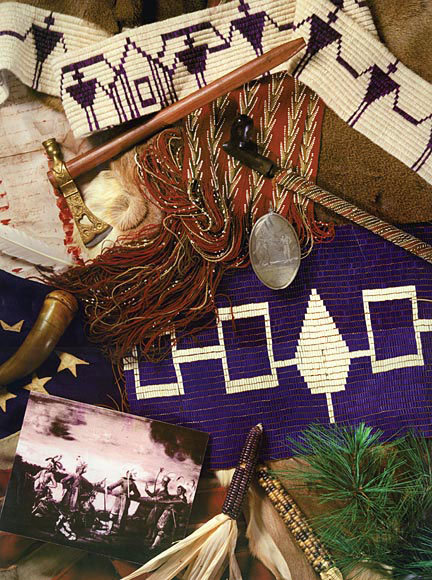 Brother, we the Sachems of the Six Nations will now tell our minds. The business of this treaty is to brighten the Chain of Friendship between us and the fifteen fires.

The Canandaigua Treaty is a treaty between the United States of America and the Six Nations of the Iroquois Confederacy – Seneca, Cayuga, Onondaga, Oneida, Mohawk and Tuscarora. It was signed in Canandaigua, New York on November 11, 1794 by sachems representing the Grand Council of the Six Nations of the Iroquois Confederacy and by Colonel Timothy Pickering who was the official agent of President George Washington. This treaty is sometimes called the “Pickering Treaty.”

A Treaty Between the United States of America and the Tribes of Indians Called the Six Nations:

The President of the United States having determined to hold a conference with the Six Nations of Indians for the purpose of removing from their minds all causes of complaint, and establishing a firm and permanent friendship with them; and Timothy Pickering being appointed sole agent for that purpose; and the agent having met and conferred with the sachems and warriors of the Six Nations in general council: Now, in order to accomplish the good design of this conference, the parties have agreed on the following articles, which, when ratified by the President, with the advice and consent of the Senate of the United States, shall be binding on them and the Six Nations….

IN WITNESS WHEREOF, the said Timothy Pickering, and the sachems and war chiefs of the said Six Nations, have hereunto set their hands and seals.

Done at Canandaigua, in the State of New York, in the eleventh day of November, in the year one thousand seven hundred and ninety-four.

While the chain of friendship that embodies this treaty has been strained and there have been violations of the treaty, the treaty has never been broken and is still actively recognized by the Six Nations and the United States governments.

The Canandaigua Treaty Day Celebration, held each year on November 11 in Canandaigua, New York, is an event commerating the continued observance of this treaty by the Six Nations people.